A Tribute to Vince Avila, Director of Substance Abuse – NEVHC 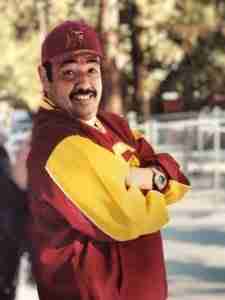 Vince was a heartwarming and deeply generous individual. Born on February 7, 1968, Vince grew into a man that many in the community looked up to, not only because of the invaluable work he did within his community, but because of the way he carried himself and uplifted others during both good and bad times.

With nearly 30 years at Northeast Valley Health Corporation, Vince took the lead in maintaining a proactive and grassroots approach when implementing the organization’s DUI program. He remained a trusted resource with the County and the State thanks to his integrity and years of service. Vince formed long lasting relationships along the way with individuals from all walks of life.

As the Substance Abuse Director, he oversaw numerous programs and utilized resources that truly enabled and inspired those affected by substance abuse or DUI citations to change their lives for the better. While many would be inclined to shy away from such problems, Vince embraced them with open arms, and helped heal countless patients in the process. Vince epitomized empathy, and this is why he remained so unequivocally successful in healing others for nearly three decades.

In his spare time Vince enjoyed winding boat rides down the Colorado River, cheering on his beloved USC Trojans during college football games and traveling with his family. While Vince has moved on, his memory and presence live on through the family he leaves behind. As a loving husband to his wife Julia, a compassionate father to Carlos, Sandra, Rachel, Dakota, Seth and Savannah, a wise grandfather, endearing brother and trustworthy friend, Vince’s impact is undeniably grand. His work and love spread across generations and communities.

Vince was loved and will be deeply missed. He will remain in the hearts and minds of his family, his friends, his coworkers and everyone who was graced with his overwhelming warmth.